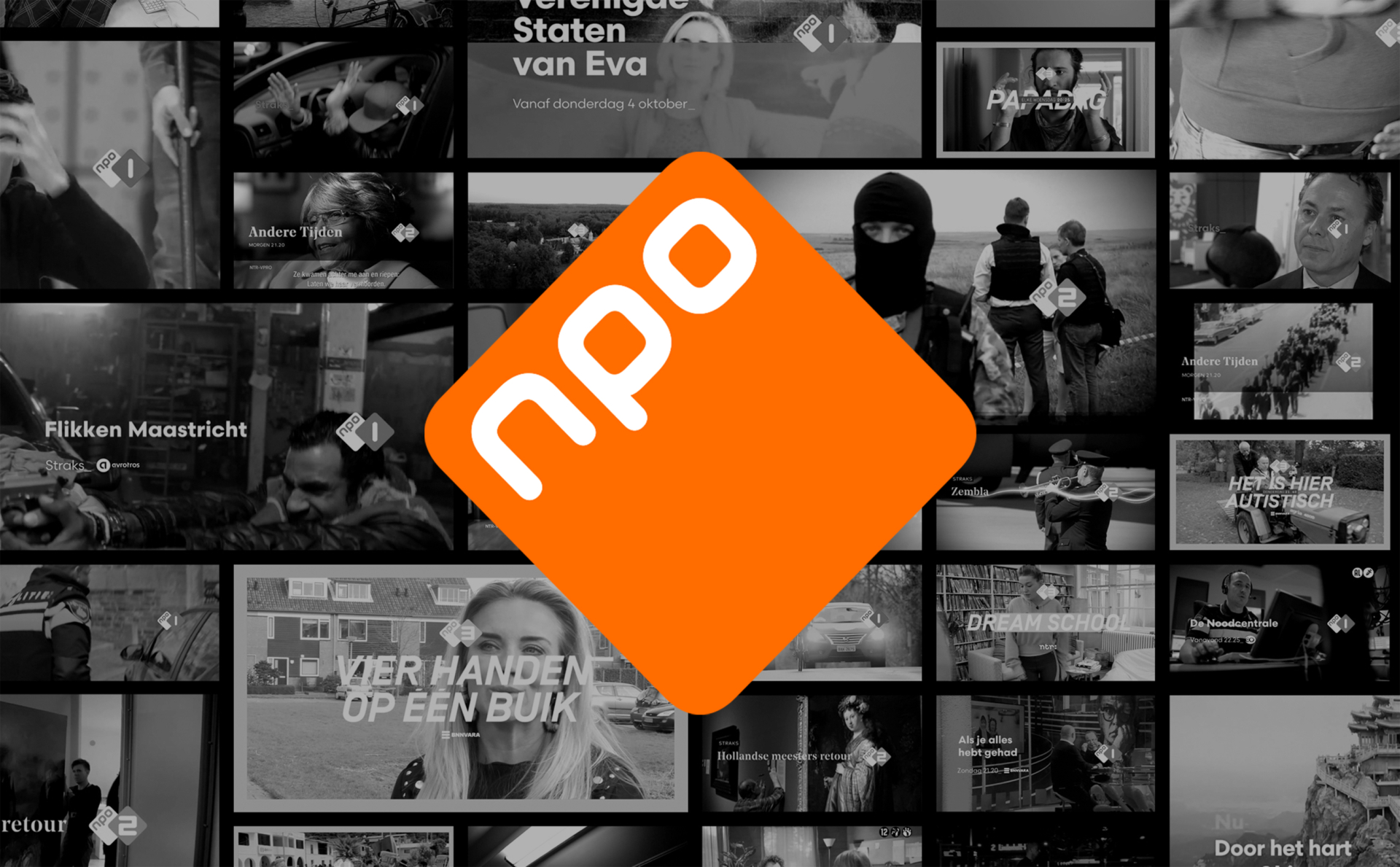 How do you give the three major public TV channels, each with their own profile, their own visual identity — without losing sight of the overarching identity. And without forgetting to guide 4 million daily viewers quickly and without distractions to the dozens of programmes from 9 different broadcasters, each of whom must also get the space to profile themselves. 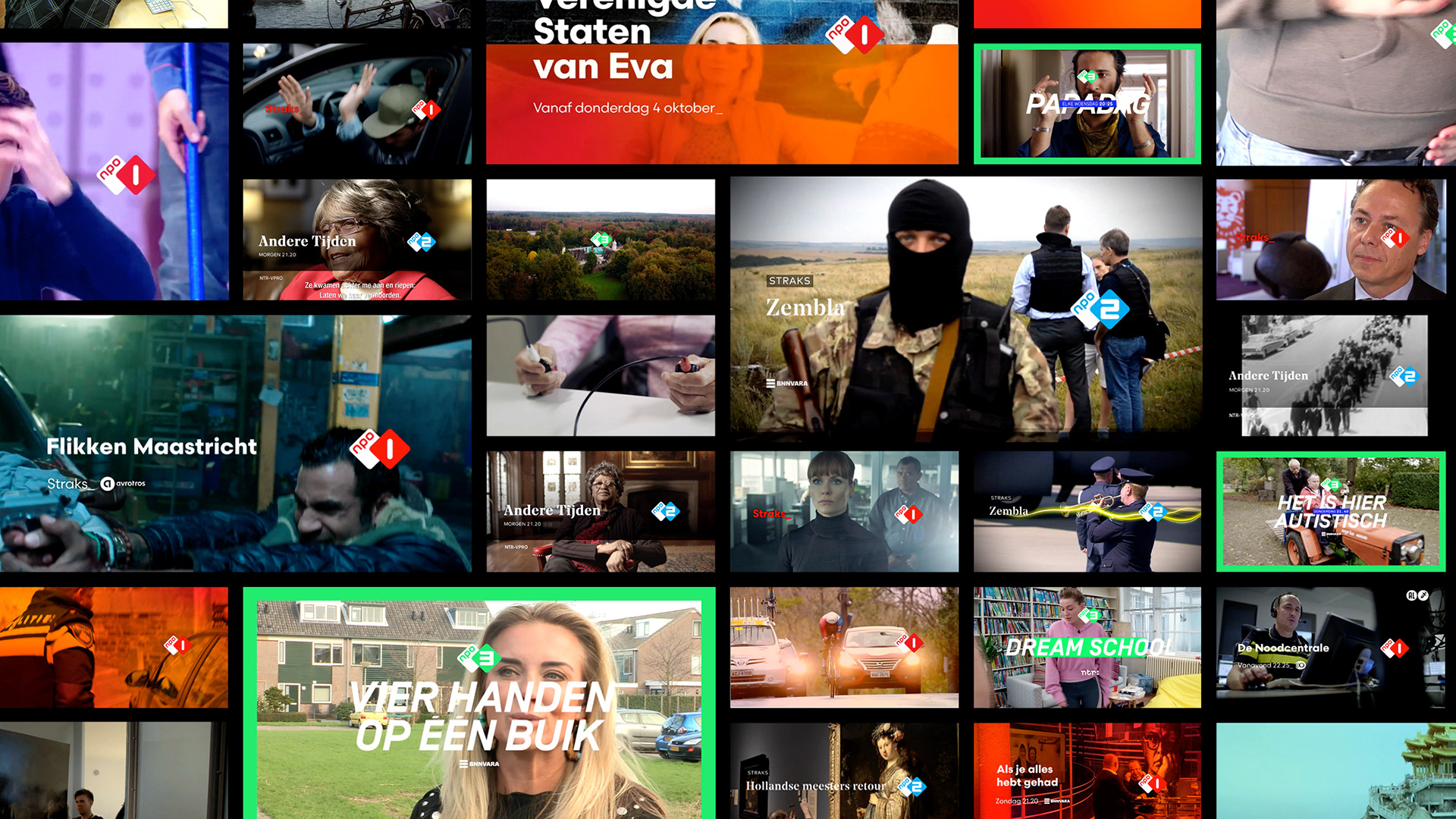 Positioning
With the arrival of more and more new providers, such as Netflix and HBO, it’s important NPO profiles itself clearly. This means recognizable channel identities and recognizable programming per channel. So that the viewer, who has an ever-growing choice, understands where they can find what. By profiling and positioning NPO1, 2 and 3 even more sharply, the Dutch state broadcaster wants to further strengthen its ties with its various target groups.

The positioning of the three channels is clear:

Focus on the content
Our premise for all three channel identities was that content was leading. Clarity (navigation) is paramount for the viewer. So the needs of a channel, network or programme must not mean the viewer being disorientated or unable to see the woods for the trees.

Three Identities
Following this decision, and a choice for a single clearly recognizable grid for all three channels, we then decided on colours, developing different typographies, dynamics and sounds for each channel. So that, in the end there were three quite distinct channel identities, each with their own unique flow.

The power of collaboration
For motion design, we collaborated with OOQ (NPO1), Holland Centraal (NPO2) and Woodwork (NPO3); and for sound design with KH-Music (NPO1 and NPO2) and Massive Music (NPO3).

Because it was the first time that NPO had given such an extensive assignment to an agency in the Netherlands (and not London), it was decided to work with various different agencies, with Total Design having final responsibility, and taking strategic and creative lead.

We believe it was partly the collaborative process involving these various parties that made the project so special and successful. And without the input of all these people, such a fantastic final result would never have been possible.

The new strategy, the overarching concept and the creative execution together produced a single clear, well-organized and highly diverse media platform. 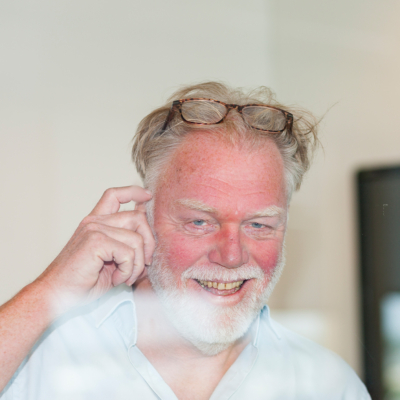