Radboud University: How everything can come together with only 1 sentence

We can confront young people with the consequences of mass consumption by addressing their responsibility in their own language. In doing so, we appeal to them to make a positive impact on the future and thus make a difference.

The idea.
Just before Black Friday, attention is drawn to mass consumption and the associated pollution of the earth. A “Radboud Impact Day” is organized. For own employees, future and current students, scientists and the press. On this day a one-minute impactful film will be launched, calling on young people to make a real impact on the big issues of our time. Because this generation has a unique and once-in-a-lifetime opportunity to permanently change the world. Becoming an influencer? You are needed.

The media plan.
Since the media budget is limited, we invest all the available media budget in one day: the “Radboud Impact Day. High-impact media will be used to activate the press. A relay of media moments: a kick-off in which the film is shared by professors and employees of Radboud University, supported by relevant influencers, Home Page Takeovers, a Twitter Takeover and TV commercials on primetime television for the 18:00 & 20:00 NOS news, RTL News and for Jinek and Op1. 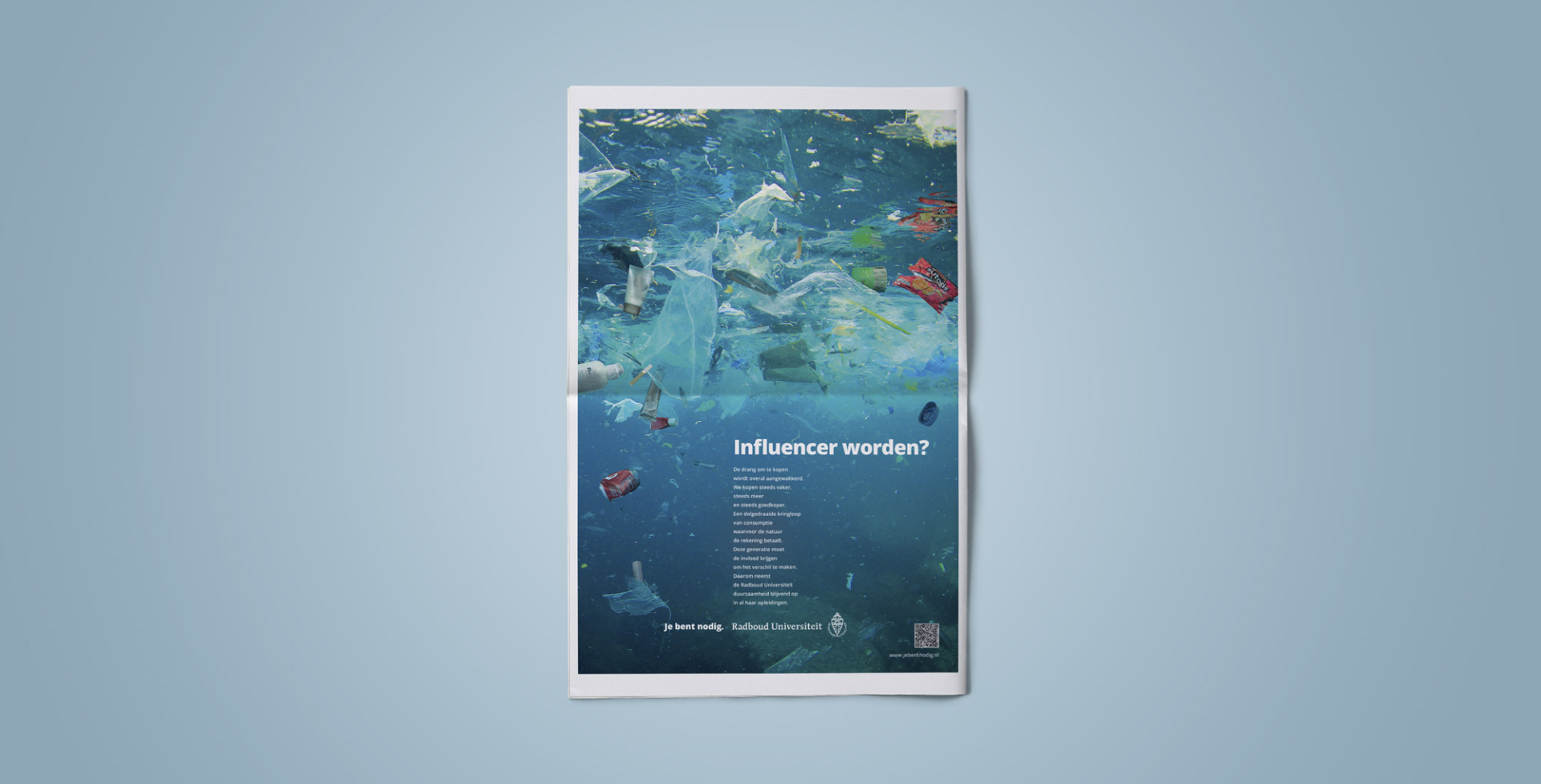 The result.
Radboud achieved much more attention for their story in one day than would have been possible with a conventional campaign. On this ‘Impact Day’ there was more attention on the Radio1 NOS News, the campaign was widely discussed on the SBS6 evening talk show and we had the opportunity to explain our statement for 15 minutes on the Radio 1 program ‘Dit is de Dag’.

In addition, the campaign was frequently highlighted in written media and widely shared on social media.
As a result, we achieved some 39 million impressions, which was five times more than would have been achievable with a traditional, paid campaign.

Guts, big thinking, hilarity and goosebumps and turning that in collaboration into realistic, pragmatic concepts, campaigns and solutions with impact. You can never achieve that internally as an organization on your own. And that makes every meeting with Total Design a highlight of that particular week. 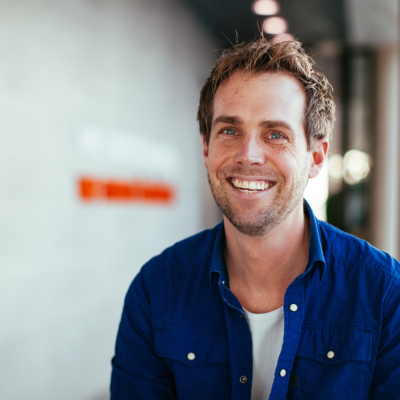