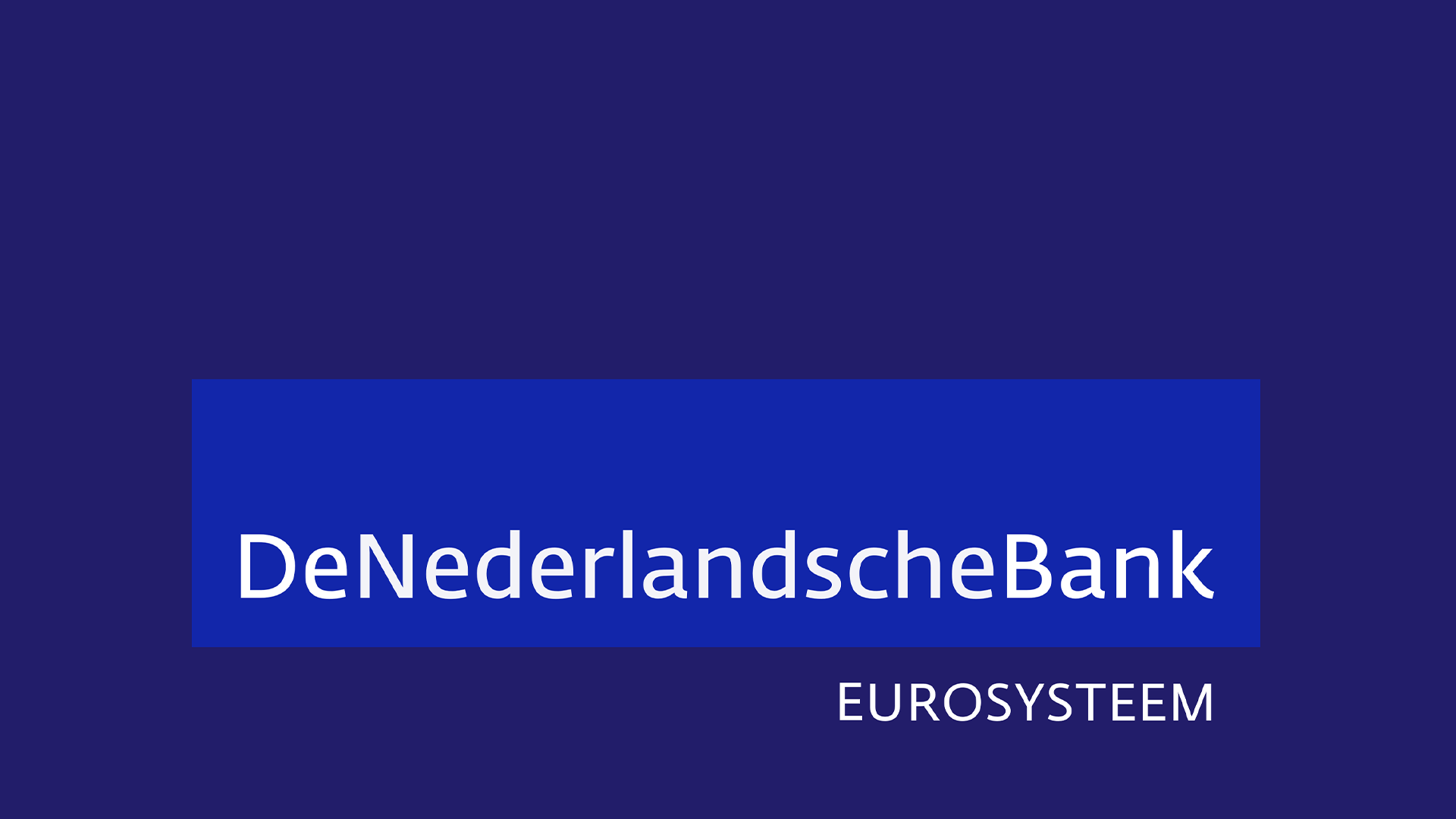 The challenge was to win back people’s confidence after the financial crisis, without being too conspicuous about it. 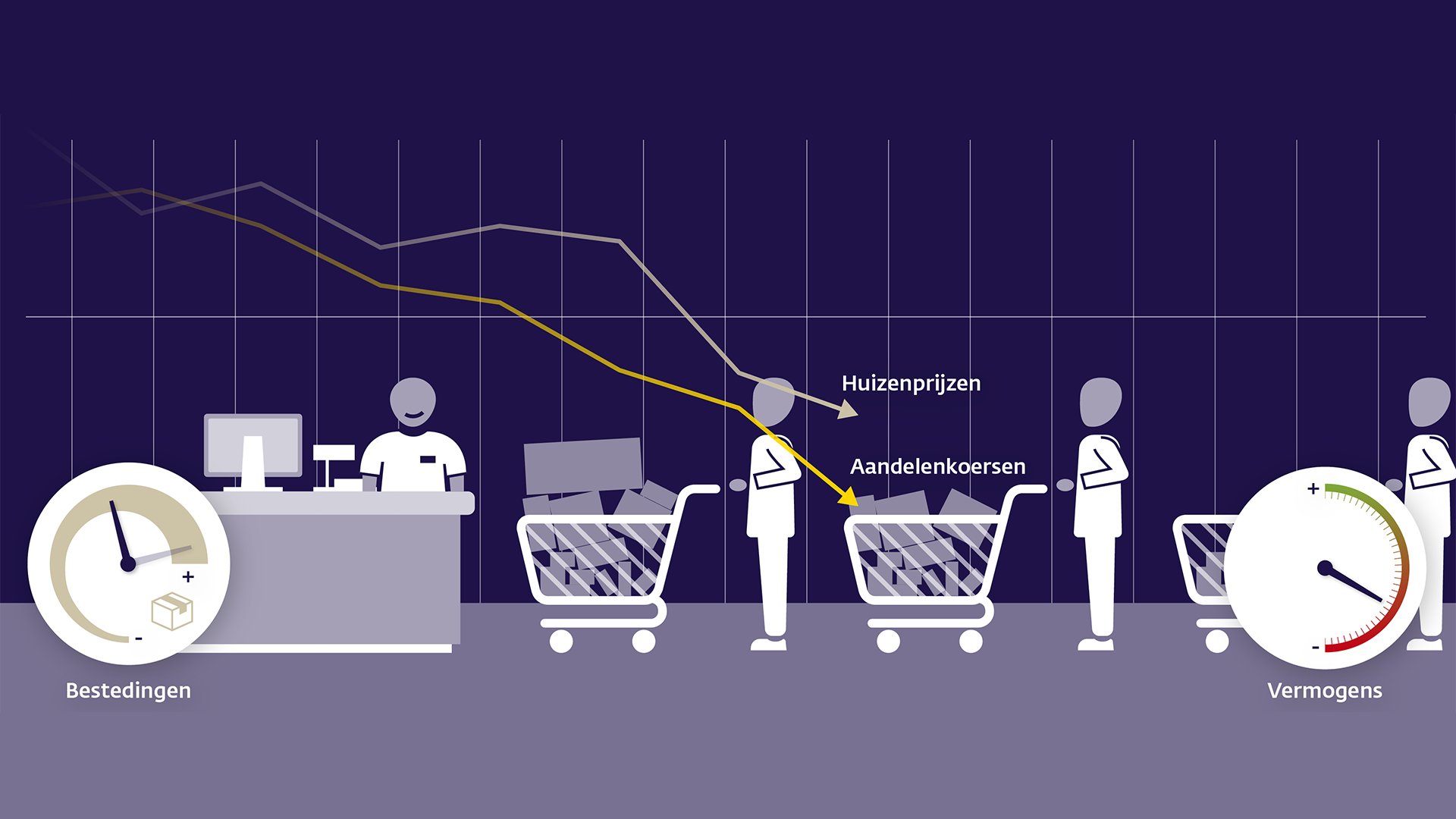 As a result of the financial crisis, the role of De Nederlandsche Bank (The Dutch Central Bank) had become less clear: confidence had to be restored. And that’s a challenge if you’re not supposed to draw attention to yourself, as it effectively meant the The Dutch Central Bank had to reposition and profile itself on the one hand, while on the other getting into the news as little as possible.

The Dutch Central Bank has various core roles and responsibilities in the Netherlands, including regulating Dutch monetary policy, payment transactions and the financial sector. The core values of clarity, trustworthiness and thoroughness are both important in carrying out these tasks and resonate with the various target groups.

Based on the qualities in the core values, we laid the foundations for a new identity that would underpin The Dutch Central Bank in its various roles. We provided a framework in terms of colour and typography, but at the same time left a lot of freedom as to how details were filled in and combined. 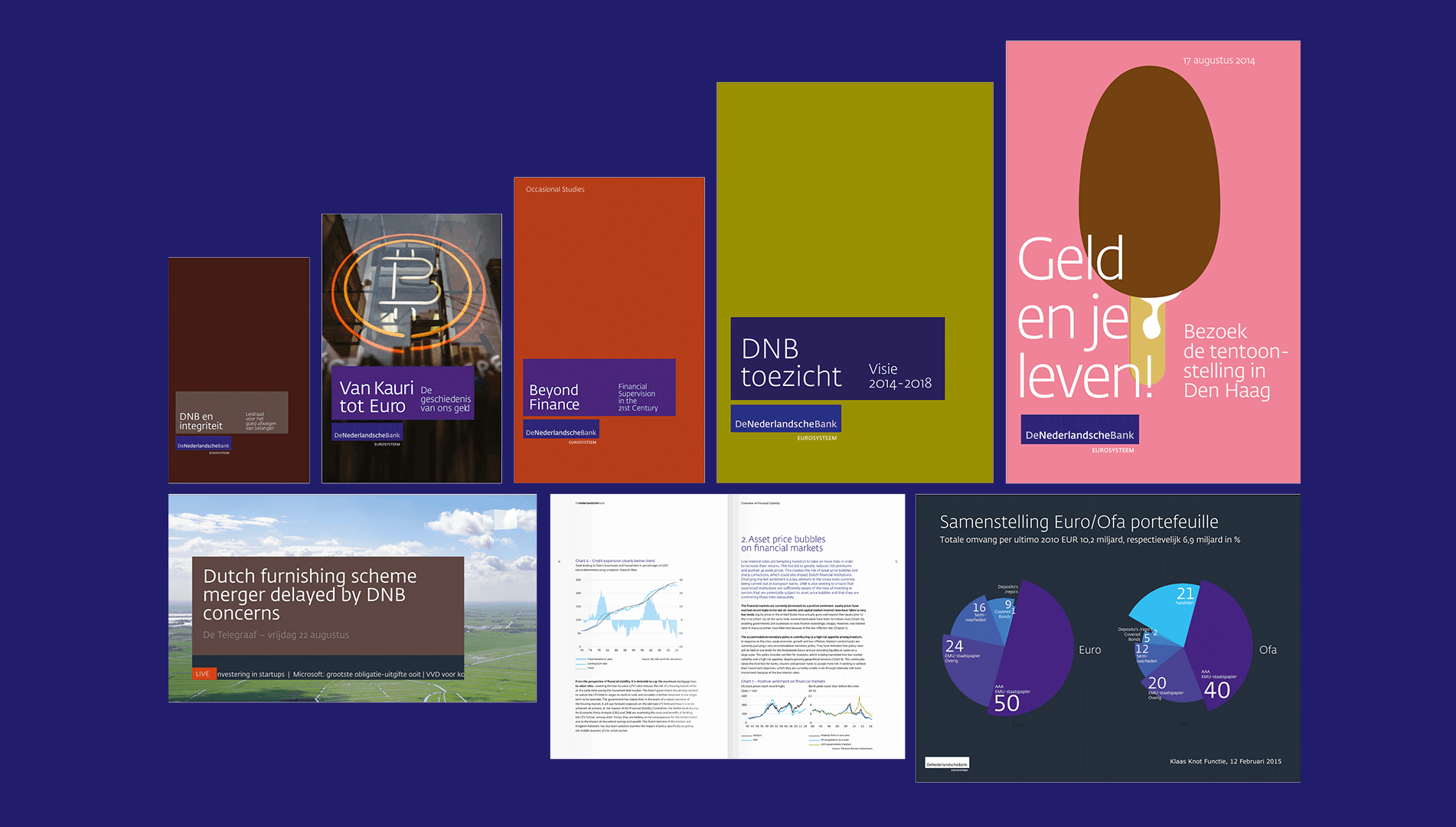 Total Design got a Commendation at the 2017 International Design Awards for this project.

After the revitalisation of the identity, we worked on the website, and statistics and data communications. By not only designing and defining the reporting style, but also automating it, so The Dutch Central Bank can now publish all kinds of graphs and tables instantly online and in emails. We also designed a new visitor centre and several campaigns. 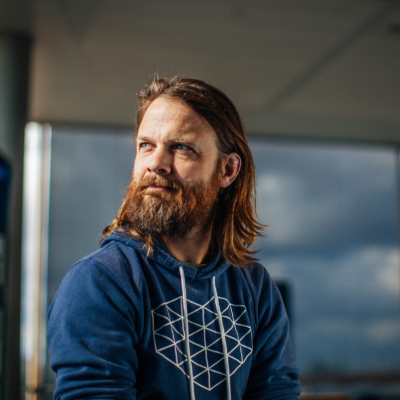