Does it get any more Dutch? 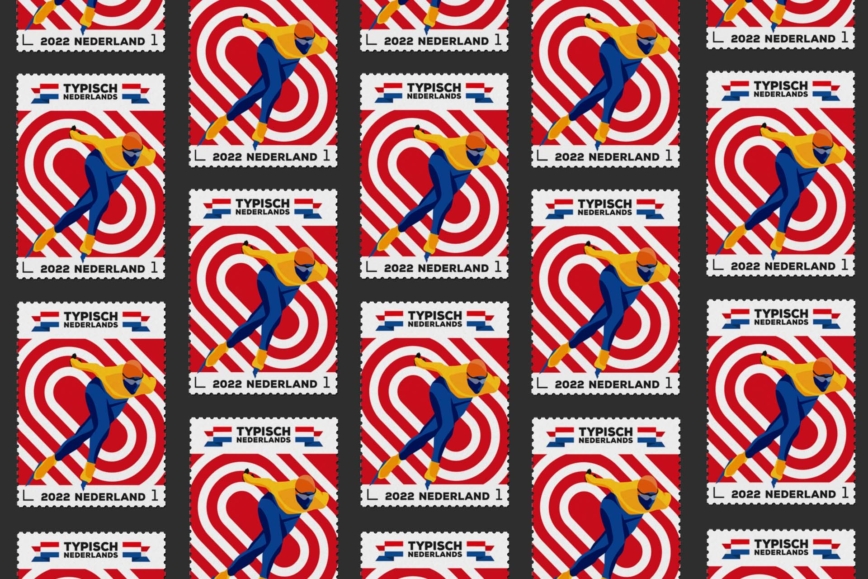 Fresh from the success of our “Typical Dutch” PostNL series of stamps, highlighting memorable food and architecture from the Netherlands, we are launching a new set starring typical Dutch sports.

The first stamp in this series of five portraits a typical sport that the Dutch are very fond of. It is taught from an early age, and it is kept up until they are old and gray. As soon as the temperature drops below freezing point, the ice-skates are taken from the attic to concur the lakes, canals, and ponds. 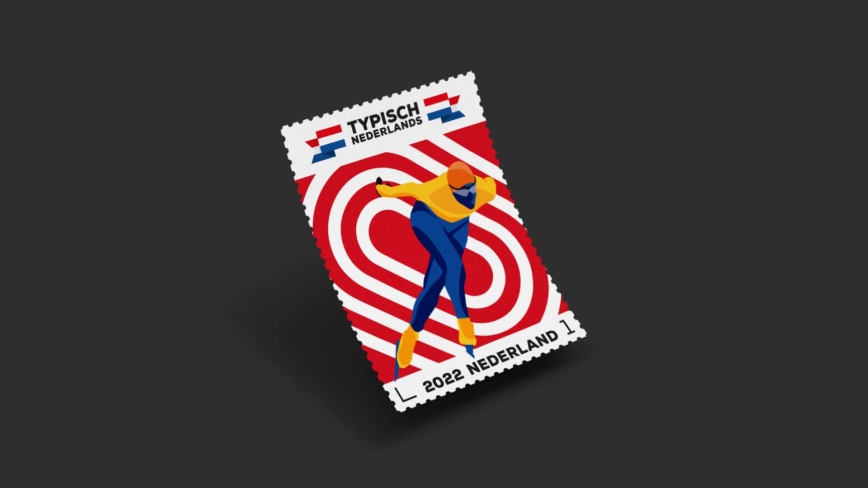 Leaving a trace in Dutch culture
Claire Bedon, Designer “It’s great for a French designer to leave a trace in the Dutch culture, especially in such a cool way. Some people will collect these stamps for a long time and they will potentially travel the world. To me, that is pretty rewarding. The design is inspired by Malika Favre, Guy Allen, Francisco Ciccolella, and the Bauhaus movement. Because of the shadow-like design, the skater itself has no particular male or female features so that everyone can feel represented.”

The next stamp in this sequence will star another typical Dutch sport and will be released in March.